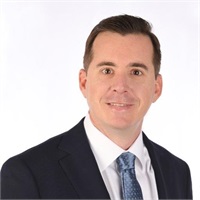 Brandon Nash is a 3rd generation South Florida insurance agent. After graduating from Florida State University in 2005, he joined his father’s State Farm Insurance agency in Lee County. His area of expertise was in helping businesses with their insurance needs. In 2009, State Farm announced their intention to leave Florida in the property insurance market. Brandon realized that the only way to truly help the people of Southwest Florida with all of their business and personal insurance was to open his own Independent Insurance Agency. Thus began Nash Insurance & Associates in December of 2009. At that time, Brandon affiliated himself with a large agency in another area of Florida and acquired several top companies; some are only written through a few agencies in Southwest Florida.

Two years later, his father, Brad Nash, left his State Farm Insurance agency of 32 years and joined forces with his son. Brad wanted to be able to give clients better choices for their personal and business insurance needs, including their Life and Health insurance. Brad’s wife, Melloe, also joined our agency team. She was there when Brad began his insurance career and is here with us now. Together, Brandon, Brad, and Melloe Nash are striving to make Nash Insurance & Associates the best agency for your Southwest Florida insurance protection.